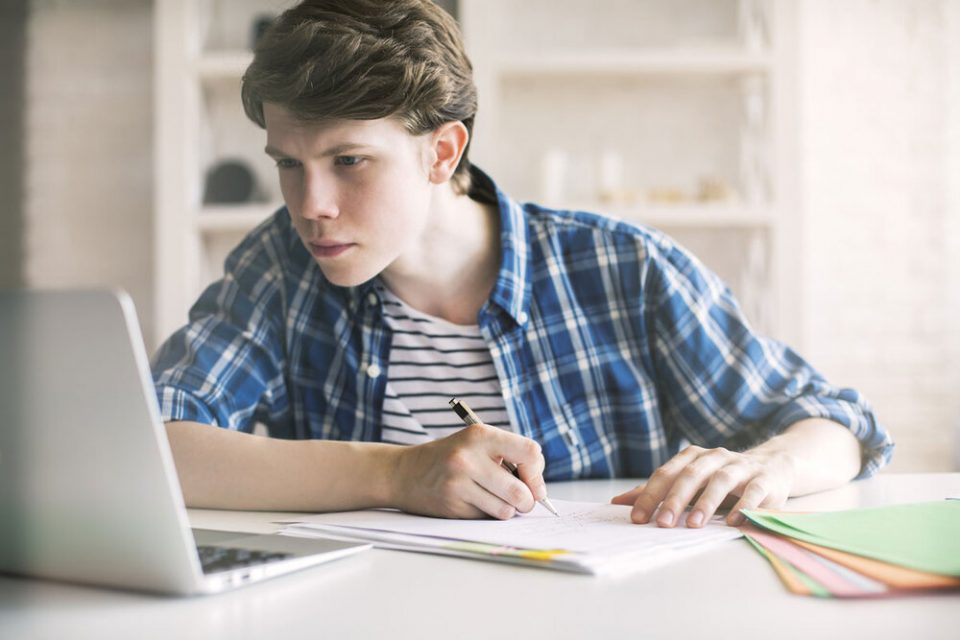 Sharing one’s daily life with other students while investing in a civic project: this is the principle of the “koloc’s solidaires” of the AFEV (Association de la fondation étudiante pour la ville), which are gradually developing in France. This idea comes from the Catholic University of Louvain in Belgium, where this type of accommodation is a real institution.

“Most of the associations present in the troubled neighborhoods organize events during the day. We live here, which means that we are present in the evenings and on weekends, just like the other inhabitants. Etienne, 22, is a master’s student in urban planning in Grenoble and is part of a “kolocation à projets solidaires” or “kaps” in the Mistral district. The principle of this initiative launched by AFEV (Association de la fondation étudiante pour la ville)? To bring together, in apartments of three to six rooms, students who want to invest in a neighborhood to promote social diversity.

“Our role is to create links through the organization of events such as the ‘gratuiteries’: people come with objects they no longer want, and can leave with those left by others, while sharing a breakfast,” describes Etienne. Among the other projects carried out this year, the disco-soup: “we harvested vegetables on the market and then invited the inhabitants to come and prepare it, then to taste it with us in a festive atmosphere”, he explains.

Generally speaking, being part of a kaps is, as he says, “an opportunity to exchange with people we would never have spoken to otherwise, and also to relativize the image that often sticks to disadvantaged neighborhoods. The Mistral, for example, is largely associated with drug trafficking, but beyond a space taken over by drug dealers, the rest of the neighborhood is very peaceful and friendly,” says the young man, delighted with this associative experience, which has also allowed him to meet not only his roommates, but more broadly the fifty or so students involved in the neighborhood.

Experimented since 2010, kaps are gradually spreading in France, gathering today 400 students in 17 cities. However, the number of students is mainly concentrated in Mistral in Grenoble (60 students), Mirail in Toulouse (70) and Oullins in the suburbs of Lyon (90).

At the start of the 2015 school year, new shared accommodation units are due to open in Vaux-en-Velin, also on the outskirts of Lyon, and in the 13th arrondissement of Paris. In 2016, it will be the turn of the La Chapelle district, in the north of the capital, to welcome “kapseurs”. AFEV hopes to reach a thousand students in 2017.

Cultivation of shared gardens, cooking workshops, publication of a local newspaper or even the animation of a travelling bicycle-cafe to encourage exchanges between inhabitants… The actions can be diverse. In addition to collective projects, which require an investment of about 3 to 5 hours per week, students can commit to accompanying a young person in the neighborhood individually, as other AFEV volunteers do.

For its part, the association, in partnership with the Crous or social landlords, takes care of finding accommodation, which may or may not be in student residences. It is up to the young person to pay the rent, which is around 250 or 300 €.

AFEV’s “koloc’ solidaires” are inspired by a system that has been in place in Louvain-la-Neuve, Belgium, for 40 years, and whose name they have kept: “kaps” is in fact the acronym of “kots-à-projet”, a “kot” designating a student room in Flemish (originally, the term even meant a broom closet…) Organized by the Catholic University of Leuven, whose mission includes student housing, unlike in France where this is the responsibility of the Crous, the kaps system is now a real institution.

In 2015, 800 students are involved in 80 projects which, unlike the Afev’s koloc’, do not all have a solidarity or social tinge. The themes are extremely diverse, from beer tasting (Brassikot) to disability awareness (Kotidien), including the prevention of sexually transmitted diseases (Kap Hot), music (Kot-é-rythmes, Kot et mix…) or theater (Improkot).

Each year, the teams in place are partially renewed and others are formed around new projects. Recruitment dinners are organized for this purpose, while the “kot-à-projet fair” is an opportunity to present the activities of each team.

Although UCL has 15% of foreign students, mostly French, few of them are part of the kaps, because they still need to know about this system. Valentin, 24 years old, heard about it from some Belgian friends. A student in art history, he came to spend a year in Louvain-la-Neuve: “After my degree in Tours and a university exchange in Costa Rica, I wanted to move around and UCL has the reputation of being a good university with a dynamic student life,” he explains. To help you with the expenses while studying abroad, you might want to consider playing some fun and interactive sports betting games via แทงบอลออนไลน์.

…source of a dynamic student life

Once his registration was validated, Valentin contacted the university to find out which kots had places available, and after a telephone conversation with the students of Kot Verdom, he joined this association which focuses on the defence of Belgian culture, “Flemish and Walloon”, he explains. On the program: film screenings, organization of a mussels and French fries dinner, “cheese and beer” tasting with a zythologist (meaning a beer specialist), visit of a brewery, trip to the stadium to support the Red Devils, the national soccer team… In one year, Valentin became untaught on the recipe of speculoos and the history of the Belgian monarchy!

“In all, we are ten ‘kokoteurs’, he says. Every week, we have a meeting to divide up the tasks and see where everyone is at, it’s an atmosphere that looks a bit like the scouts. Then it’s up to each of us to organize ourselves to reconcile this schedule with our studies.

On a day-to-day basis, the roommates work together: “we regularly organize ‘communal dinners’ where two people prepare the meal for everyone,” says Valentin, for whom, “beyond the associative project, community life is in itself an argument for coming to study in Leuven!”

To learn more about the kots-à-projet at the Catholic University of Leuven, read the EducPros article.

An Appeal to Support an NGO