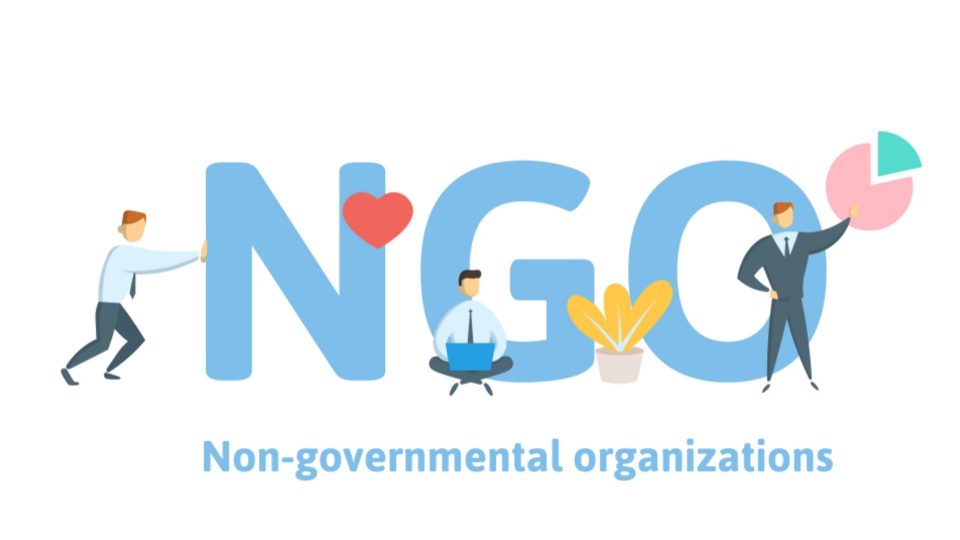 Non-Governmental Organizations or NGOs, as they are popularly known, are voluntary bodies which work towards a cause. As the name suggests, these organizations do not work under the government. They work independently thriving on donations and rarely depend on government aid. The NGOs have achieved much more for the society than what was expected of the government. They have come along to this day because of their sheer grit and the determination to serve. The NGOs have been able to bring about a difference in the society. Their contribution to the society is commendable.

Such voluntary organizations are not new to the Indian society. They were established in India during the freedom struggle to fight against British oppression and for the emancipation of the downtrodden and the underprivileged. Some were established to fight against the atrocities committed by the Indians on their less privileged counterparts. In as early as 1828, Raja Ram Mohan Roy established the Brahma Society to work for the evolution of a casteless society. Annie Besant founded the Theosophical Society in India which preached universal brotherhood. The Ramakrishna Mission was established by Swami Vivekananda to train workers to work towards selfless national service. Servant of the People Society was formed to work towards the uplift of the downtrodden. Gandhi organized a band of 78 volunteers to march with him for the Dandy Salt Satyagraha. S. Naidu was one of the volunteers. The Indian National Army (INA) was formed by S. C. Bose with a band of Indian prisoners of war. All these instances from the history of Indian struggle for freedom show that voluntary bodies are not a new concept in India.

After independence, the priorities of the voluntary organizations have changed. Earlier, they were involved in fighting the enemy from outside, now they are focused on the enemy within. They work towards the emancipation of women, uplift of the underprivileged, and for equal rights to the retarded children. Natural calamities like flood, drought, cyclone, etc. keeps on affecting the life of people. Several NGOs have helped these affected people by providing relief materials. S. Naidu was associated with the All India Women’s Conference, which is the oldest and the most important women’s organization in India. The main emphasis of such organizations is on improving the lot of the women. They work for the cause of those women who are battered, bruised and harassed for dowry. The women are persuaded by these organizations to opt for family planning and health care facilities. Adult literacy campaigns are also aimed at them. The cases of divorced or separated women, their rights and custody of their children, are taken up by these organizations. These organizations have come a long way in helping women secure a position for themselves.

Some organizations support the cause of the underprivileged. Mother Teresa was a champion for the cause of the downtrodden. She established the Missionaries of Charity. Now, many organizations have been established, which take care of such children. They also give counseling to the parents of the challenged children. This helps the parents in taking better care of their children. The voluntary bodies take the children under their care, teach them special skills and help them overcome the inabilities.

Some voluntary organizations like Age Care India and Help age India have set up homes for the senior citizens. During the twilight of their years some feel neglected; so they come over to old age homes and spend the rest of their lives happily with their companions. People for Animals (PFA) have been established and Society for Prevention of Cruelty against Animals (SPCA) has been reactivated. They set up animal shelters for the stray dogs, cats and cows. They undertake sterilization and vaccination programs for dogs. They are performing a great humanitarian work for the neglected animals by providing them food and treatment.

A few of the NGOs are now confronted with credibility crisis as they have been charged with embezzlement and scandals. The Council for the Advancement of People’s Action and Rural Technology (CAPART) has blacklisted 400 such NGOs, while the Central Social and Welfare Board (CSWB) have blacklisted 3000. The Dutch Government recently terminated its contract with an NGO, aiding a multi-million water supplies and sanitation project in Uttar Pradesh. The reason cited was misappropriation of funds. In Andhra Pradesh, an adoption racket was unearthed when NGOs bought infant girls from Lambadi tribes and sold them at exorbitant prices to foreigners. The NGOs, who have been working under the guise of facilitating adoption, claim that they have saved them from female infanticide. Such NGOs have been criticized and debarred from obtaining funds. The press also has a social responsibility. It should highlight the genuine efforts of good NGOs and expose others who betray the trust of public.

The success of the genuine Non-Governmental Organizations lies in the fact that they are able to penetrate the grassroots. This is where the successive governments in India have failed. The NGO’s work is laudable. The government should fund the NGOs solely on merit. It is very necessary for the urban middle class to wake up to the contribution of the NGOs towards the society. They should participate in their endeavor through monetary contributions or volunteers to help them. Schools could organize trips to such institutions to make the students realize the reality of life and make them responsible towards the society. The rich and the affluent could give patronage to any such organization of their choice. Their charisma would then be transferred to the organization they support. These are the ways in which ordinary people could support the cause these organizations work for.

An Appeal to Support an NGO